We are delighted that Bishop Nicholas Holtam will preside and preach at this special service, which will launch a programme of celebrations marking our anniversary year.

Three days after the Great Fire in 1666, Wren presented the King with his plan for rebuilding the City of London. It never came to fruition and instead Wren introduced a wholly new architectural style, building 51 churches mainly on mediaeval foundations. This conversation will discuss the opportunities and challenges of designing buildings in historic settings such as the City of London and touch on concerns such as pollution in cities in Wren’s time and today, City infrastructure, the needs of the community, and the future of City churches.

Hear Wren’s city churches filled with song in the Wrenathon, a celebration of community singing and Wren’s historic architecture. Featuring choirs from across the City of London and beyond, this 12-day festival takes place across multiple churches associated with architect Christopher Wren, marking his tercentenary. Culminating in a choral marathon on Saturday 24th June 2023, audiences will be taken on a musical journey throughout the city and experience the power of singing to transform spaces and bring people together. Choirs interested in taking part can email wrenathon.wren300@london.anglican.org for further information. We look forward to our Community Choir joining others at St Stephen Walbrook as part of the Wrenathon. Times to be announced. 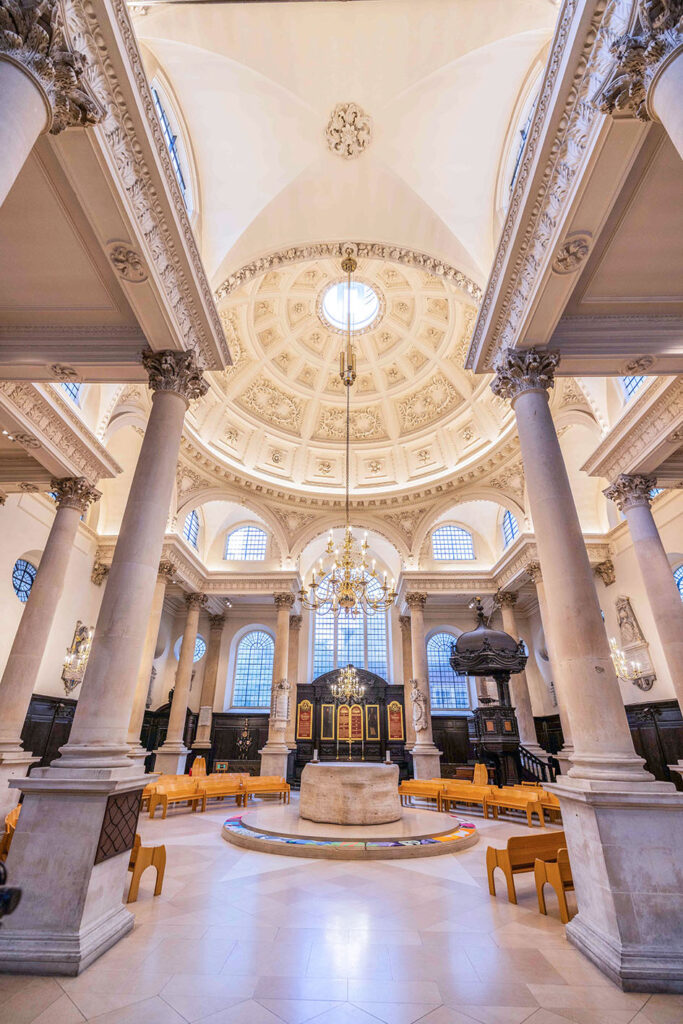