We are delighted to host to Exiles, a body of work by London based Italian photographer Matilde Damele from 17th to 24th September 2019 with a special opening reception on Tuesday 17th September from 5.00pm to 7.30pm (RSVP to  joanna@joannabryantprojects.com)

Taken on the streets of London with her Leica camera, Damele’s black and white photographs evoke and pay homage to great Masters of Photography such as Henri CartierBresson, Diane Arbus and Saul Leiter. For this exhibition, the artist has enlarged and transferred a number of her images onto the challenging surface of the black plastic bin bag. The uneven surface of these art works emphasises the individuality as well as the ephemerality of each of our lives.

She will display these as sculptural art works within the circular space of the church, filled with yesterday’s news and discarded packaging, to express how many consider their lives to be cheap, valueless and disposable. Her work is filled with an expressive force that explores our sense of not belonging; a humanity that is emotionally homeless and exiled from its surroundings; feelings of estrangement from reality.

These feelings are particularly poignant for both the Artist and the Church. Damele has experienced what it feels like to be rejected from a community where she had previously built a life for herself. An unexpected and abrupt change severely interrupted her life and ambitions, causing a permanent sense of loss and displacement. Now she fears the same might happen again with the imminent threat of Brexit. It is thus particularly apposite that the space for this exhibition is not only a beautiful building dedicated to spiritual contemplation and hope, but also where the Samaritans, a charity dedicated to helping those in distress, was founded.

The exhibition will be on show during the Open City weekend (21-22 September 2019). Open House London is the world’s largest architecture festival, giving free public access to 800+ buildings, walks, talks and tours over one weekend in September each year. St Stephen Walbrook will be open and taking part in the weekend.

Matilde Damele is an Italian photographer from Bologna, exiled from living and working in New York as a photo-journalist. Following her upheaval and unexpected move to London, she sees her uncertainties and fears mirrored in the faces of many of her neighbouring immigrant communities.

Read more about the exhibition in this article on Artlyst by Reverend Jonathan Evens. 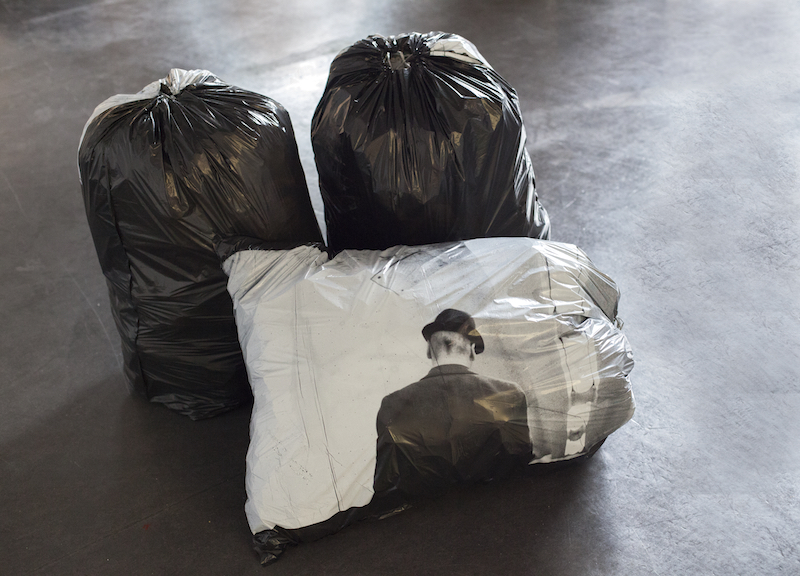